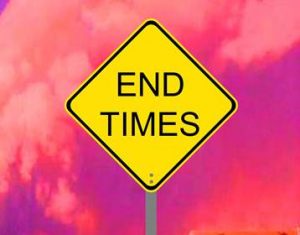 Warnings not to be mislead:

Can you see a sign? “Then will appear the sign of the Son of Man in heaven. And then all the peoples of the earth will mourn when they see the Son of Man coming on the clouds of heaven, with power and great glory.” (Mathew 24:30) No, the “sign of the Son of Man” is not seen yet. Do you (or will you) need someone such as a preacher, scholar or group to tell you Jesus has returned? “When they sprout leaves, you can see for yourselves and know that summer is near.” (Luke 21:30) No, everyone on earth will see it then.

“Who then is the faithful and wise servant, whom the master has put in charge of the servants in his household to give them their food at the proper time? It will be good for that servant whose master finds him doing so when he returns. Truly I tell you, he will put him in charge of all his possessions. 48 But suppose that servant is wicked and says to himself, ‘My master is staying away a long time,’ and he then begins to beat his fellow servants and to eat and drink with drunkards. The master of that servant will come on a day when he does not expect him and at an hour he is not aware of. He will cut him to pieces and assign him a place with the hypocrites, where there will be weeping and gnashing of teeth.” (Matthew 24:45-51) Which slave thought he knew when the master was to return? What did the faithful slave do?

“Non-signs” to be aware of:

“You will hear of wars and rumors of wars, but see to it that you are not alarmed. Such things must happen, but the end is still to come. Nation will rise against nation, and kingdom against kingdom. There will be famines and earthquakes in various places. All these are the beginning of birth pains.” (Matthew 24:6-8)

“Not to become easily unsettled or alarmed by the teaching allegedly from us—whether by a prophecy or by word of mouth or by letter—asserting that the day of the Lord has already come. Don’t let anyone deceive you in any way, for that day will not come until the rebellion occurs and the man of lawlessness is revealed, the man doomed to destruction. ” (2 Thessalonians 2:2-3)

Tribulations will fall upon disciples of Christ. “Then you will be handed over to be persecuted and put to death, and you will be hated by all nations because of me. At that time many will turn away from the faith and will betray and hate each other, and many false prophets will appear and deceive many people. Because of the increase of wickedness, the love of most will grow cold, but the one who stands firm to the end will be saved.” (Matthew 24:9-13)

The Destruction of Jerusalem

“So when you see standing in the holy place ‘the abomination that causes desolation,’ spoken of through the prophet Daniel—let the reader understand—then let those who are in Judea flee to the mountains. Let no one on the housetop go down to take anything out of the house. Let no one in the field go back to get their cloak. How dreadful it will be in those days for pregnant women and nursing mothers! Pray that your flight will not take place in winter or on the Sabbath. For then there will be great distress, unequaled from the beginning of the world until now—and never to be equaled again. If those days had not been cut short, no one would survive, but for the sake of the elect those days will be shortened.” (Matthew 24:15-22)

“When you see Jerusalem being surrounded by armies, you will know that its desolation is near. Then let those who are in Judea flee to the mountains, let those in the city get out, and let those in the country not enter the city. For this is the time of punishment in fulfillment of all that has been written. How dreadful it will be in those days for pregnant women and nursing mothers! There will be great distress in the land and wrath against this people. They will fall by the sword and will be taken as prisoners to all the nations. Jerusalem will be trampled on by the Gentiles until the times of the Gentiles are fulfilled.” (Luke 21:20-24)

The Visibility of Jesus’ Coming (or Parousia)

“At that time if anyone says to you, ‘Look, here is the Messiah!’ or, ‘There he is!’ do not believe it. For false messiahs and false prophets will appear and perform great signs and wonders to deceive, if possible, even the elect. See, I have told you ahead of time. So if anyone tells you, ‘There he is, out in the wilderness,’ do not go out; or, ‘Here he is, in the inner rooms,’ do not believe it.  For as lightning that comes from the east is visible even in the west, so will be the coming of the Son of Man.” (Matthew 24:23-27)

“Wherever there is a carcass, there the vultures will gather.” (Matthew 24:28)

“Immediately after the distress of those days ‘the sun will be darkened, and the moon will not give its light; the stars will fall from the sky, and the heavenly bodies will be shaken.’ Then will appear the sign of the Son of Man in heaven. And then all the peoples of the earth will mourn when they see the Son of Man coming on the clouds of heaven, with power and great glory.” (Matthew 24:29-30)

What will he do?

“And he will send his angels with a loud trumpet call, and they will gather his elect from the four winds, from one end of the heavens to the other.” (Matthew 24:31)