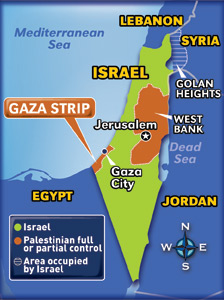 By far the majority of biblical commentators and preachers take these prophecies about Israel’s restoration literally, so many Christians today think that the modern-day Republic of Israel is fulfilling Bible prophecies. However, a careful analysis of the Bible, especially the New Testament, shows that this is not the case at all.

When the first Christians miraculously spoke in foreign languages (Acts 2:1-12), “Some, however, made fun of them and said, ‘they have had too much wine'” (Acts 2:13 NIV). “Then Peter stood up with the Eleven, raised his voice and addressed the crowd . . . ‘No, this is what was spoken by the prophet Joel: “In the last days, God says, I will pour out my Spirit on all people”‘” (Acts 2:14-17 NIV). Peter, under God’s direction through the Holy Spirit,  applies Joel 2:28-32 as being fulfilled right then and there, “In the last days”. Peter’s quote from Joel 2:28,29 was fulfilled on that Pentecost Day fairly literally. Peter (and Luke, the Bible writer) includes this part of Joel’s prophecy also: read more

Who was God talking about when he made the promise to Abraham about his seed? Was the promise only referring to his physical offspring? Or is there such a thing as “Spiritual Israel?”

“Well then, has God failed to fulfill his promise to Israel? No, for not all who are born into the nation of Israel are truly members of God’s people! Being descendants of Abraham doesn’t make them truly Abraham’s children. For the Scriptures say, ‘Isaac is the son through whom your descendants will be counted,’ though Abraham had other children, too. This means that Abraham’s physical descendants are not necessarily children of God. Only the children of the promise are considered to be Abraham’s children.” (Rom 9:6-8 NLT) read more

Today, we will examine some Old Testament prophecies concerning the restoration through Jesus.

“I will appoint over them a single shepherd, My servant David, and he will shepherd them. He will tend them himself and will be their shepherd. I, Yahweh, will be their God, and My servant David will be a prince among them. I, Yahweh, have spoken. I will make a covenant of peace with them and eliminate dangerous animals in the land, so that they may live securely in the wilderness and sleep in the forest.” (Eze 34:23-25 HCSB) read more

Some Christians still try to separate Jews and Gentiles. Is this what God wants? Let’s see what the scriptures have to say on the subject. 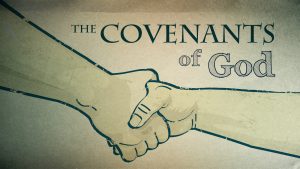 Fleshly Israel was under the old covenant, which was canceled. Now a new covenant operates for Christians. How do we know this? Let’s examine the scriptures to find out.

“Listen to another parable: There was a landowner who planted a vineyard. He put a wall around it, dug a winepress in it and built a watchtower. Then he rented the vineyard to some farmers and moved to another place. When the harvest time approached, he sent his servants to the tenants to collect his fruit.

The tenants seized his servants; they beat one, killed another, and stoned a third. Then he sent other servants to them, more than the first time, and the tenants treated them the same way. Last of all, he sent his son to them. ‘They will respect my son,’ he said. read more