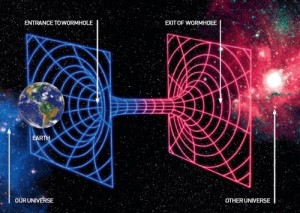 MSN News published an article on November 4, 2015 about possible new evidence of alternate or parallel universes. The article says:

“Prepare to have your mind blown.

An astrophysicist says he may have found evidence of alternate or parallel universes by looking back in time to just after the Big Bang more than 13 billion years ago.

While mapping the so-called ‘cosmic microwave background,’ which is the light left over from the early universe, scientist Ranga-Ram Chary found what he called a mysterious glow, the International Business Times reported. read more