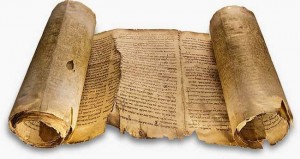 Is the Bible a trustworthy document? Are the Scriptures I true as written? Or are they full of myths that may have I symbolic value but little if any basis in fact? People have mm been questioning the biblical record almost from its be­ginnings. Peter, for instance, encountered skepticism as he presented the gospel in the first century His claims about Je­sus were nothing but cleverly devised fables, some said—a charge he vehemently denied (2 Pet. 1:16). Today the Bible’s credibility and au­thority are still attacked. Yet how many of its critics have carefully studied its teaching? How many have even looked at the story of how it came to be written? read more

The prophetic expression describing the time of Judah’s captivity as “seventy years” (Jer 25:11,12; 29:10) has prompted speculation throughout the history of interpretation.

King Jehoiakim began to serve the Babylonians by politi­cally consigning Judah as a vassal state in 604 B.C. (2Ki 24:1). Almost 70 years later Babylon was captured by the Persians, bringing about the end of Babylonian sovereignty over Judah and initiating the process of exilic return under Cyrus the Great (539/538 B.C.). read more

The Jews who had returned from the Babylonian captivity began rebuild­ing the temple in 536 B.C. Construction was halted, however, because of opposition from local adversaries of Judah. Sixteen years later, on September 21, 520 B.C., work re­sumed with the encouragement of the prophets Haggai and Zechariah (Ezr 4:24; 5:1-2; Hag 1:4-15). The Jews were again challenged, this time by Tattenai, governor of the Persian province of Trans-Euphrates (Ezr 5:3-5). He is described as a local governor under the satrap of Babylon and Trans-Euphrates. Tattenai expressed concern about the rebuilding to the Persian king Darius I. However, after locating a copy of a decree made by Cyrus, Darius ordered Tattenai to fully support the reconstruction and even to provide government funding (6:1—12). The temple was completed on March 12, 515 B.C. read more

The dating of Daniel is controversial (see also the book introduction). Traditional scholarship holds that the book was composed in the sixth century B.C., concurrent with the his­torical information it provides. But common arguments for dat­ing Daniel in the second century B.C. are as follows:

The book demonstrates familiarity with the history and culture of the seventh and sixth centuries B.C. Daniel rightly portrays the position of Belshazzar, coregent with Nabonidus. He could have appropriately been called “king” (5:1), but in 5:16 Belshazzar offered to make the one who could interpret the writing on the wall “the third highest ruler in the kingdom.” As Belshazzarwas himself the second ruler, this was the highest honor he could confer. read more

First and Second Peter both claim authorship by Peter, an apostle of Jesus Christ (1 Pe 1:1; 2 Pe 1:1, 17-18) and “a fellow elder, a witness of Christ’s sufferings and one who also will share in the glory to be revealed” (1 Pe 5:1).The early church unhesitatingly received 1 Peter as authentic. Some examples:

those recognized as genuine by all Christians (e.g., 1 Pe);

those that, though disputed, were still recognized as authen­tic by the church as a whole and were familiar to most Chris­tians (e.g., 2Pe); read more

As the early church developed, Gentile believers needed to be taught “sound doctrine” (Tit 2:1). Although Paul and the apostles exclusively used the Old Testament as their canonical Bible, Gentiles also en­countered many other Jewish religious texts among the Greek scrolls of the Scriptures. Many Gentile believers no doubt embraced these books as authoritative, and debate over their place in the churches has raged ever since.

The term “Apocrypha” (meaning “hidden away”) refers broadly to a grouping of non-canonical books. However, the collection commonly called the Apocrypha is limited to 14 or 15 documents that were for the most part written during the last two centuries B.C. and the first century A.D. The Apocrypha actually represents only a small portion of the extant noncanonical Jewish literature from this period. Second Esdras 14:45-46 explic­itly refers to the large amount of such materi­al known at that time. In this passage a dis­tinction is made between the canonical books of the Hebrew Old Testament—to be published for everyone—and “the seventy books which were written later”—to be reserved for the wise among the people. read more

Until fairly recently a majority of scholars es­poused the Documentary Hypothesis to explain the composition of the Pentateuch, the first five Old Testament books. This the­ory asserts that these writings were actually based on four books, none still extant, referred to (for ease of identification) as J (Yahwist or Jahwist), E (Elohist), D (Deuteronomist) and P (Priestly Code). The main arguments for this theory are the existence of repetition and apparent contradiction within these five books, as well as the use of different names for God. According to this hypothesis: read more