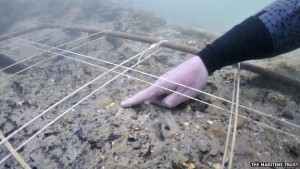 A new BBC News article says that evidence from a variety of sources suggests that our early ancestors were more sophisticated than we could have imagined.

Here we go again. More discoveries proving evolutionary theories wrong. Early humans were much more complex than they imagined. That is just what the Bible said about the first humans all along. For example, the early humans mentions in Genesis:

The Bible, being ahead of its time, once again trumps evolutionary scientists and their theories. read more 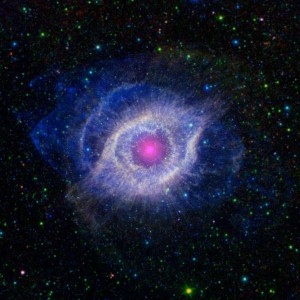 There is a new MSN article that says that the universe is slowly dying as old stars fade faster than new ones are born. The article can be read here.

These discoveries serve to prove the Bible as being right when it says the universe had a beginning (Genesis 1:1). The obvious reason that stars are not being formed at the same rate as in the past is that the universe had to be kick-started from zero or nothing to a full-blown universe in a relatively short time – by the standards of the universe, that is. read more

Another BBC article about evolution can be found here:

This article is very typical of attempts to support Darwinian evolution or macroevolution. Notice how it makes many assertions, assumptions, theoretical suggestions, etc. without proof or any documented scientific evidence.

The only “example” it cites is breeding dogs to produce new or different breeds. It asserts that this is how macroevolution or Darwinism works. The only problem is this is an example of microevolution – small changes within kinds. (Genesis 1:11-12; Genesis 1:21; Genesis 1:24-25) The Bible here definitely supports microevolution – no problem! read more 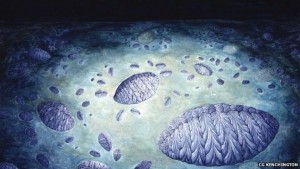 There is a new BBC News article that reports an early creature was much more complicated than scientists realized until now. The story can be read here: http://www.bbc.com/news/science-environment-33763473

With virtually each new discovery like this, Darwinists evolutionary scientists are sent scrambling to try to explain it in the light of their faltering theory. Unfortunately for them, the facts are and always have been on the side of Biblical creation as expressed in Genesis 1:11-12, Genesis 1:21, and Genesis 1:24-25 where plants, flying creatures, creatures who live in water, and land animals produce after their own “kinds.” read more 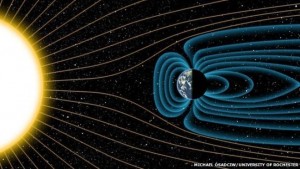 There is a new BBC News article that reports that the earth’s magnetic shield is older than scientists previously thought. The story can be read here: http://www.bbc.com/news/science-environment-33721393

Scientists say the magnetic shield makes the earth unique when compared to other planets, because it shields out harmful solar radiation. This is only one of the thousands of “lucky accidents” making the earth just right for life! Actually, it’s the work of the “one perfect in knowledge.” (Job 36:4) read more

God had had his prophet Jeremiah in chapters 25 and 29 to foretell that the Jews would be released from Babylonian captivity after 70 years and be allowed to return to their homeland. Cyrus’s decree for the Jews to return to their homeland was recorded in 2 Kings, 2 Chronicles and Ezra. The fulfillment of the prophecy is recorded in the book of Ezra. To Bible critics, the prediction and the fulfillment matched so perfectly, they declared it was too good to be true since up until 1879, there was no independent verification. The Cyrus Cylinder pictured below blew the critics away. read more 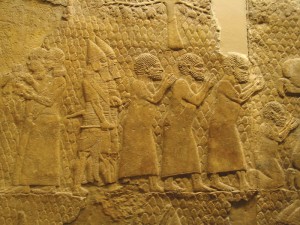 In 1850 12 stone slabs were discovered in Sennacherib’s palace in Nineveh. The reliefs on these slabs originally a single, continuous work, measuring 8 feet (2.4 m) tall by 80 feet (24.4 m) long, which wrapped around the room. They depict Sennacherib’s victory over the fortified Judahite town of Lachish (2 Kings 18:13-15).

The “story” begins on the far left, with the Assyrian vanguard carrying spears and shielding screens to protect the archers and sling-throwers behind them. The viewer gets the impression of a large body of troops moving in a dense wave over the terrain. Next we see the storming of the citadel, with siege engines climbing ramps to the city gate. The defending Judahites hurl down stones and firebrands, while the Assyrians dowse their battering rams with water. Captives are led out of the first captured tower with three Judahites impaled on stakes. Two more rows of captives (men, women and children) are led out of the defeated city. They are brought before Sen­nacherib to acknowledge him as their new sovereign before being deported to Assyria. read more