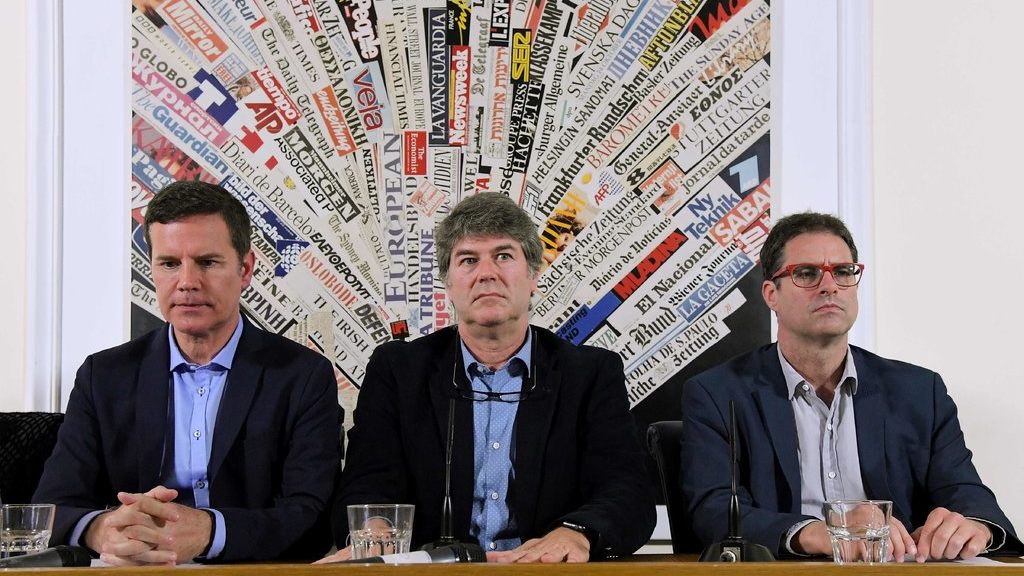 How would you feel if your child had been sexually abused by a trusted member of the clergy, and when you found out and then brought the pedophilia to the attention of the higher-ups in the church, they pooh-poohed what you reported, claiming it never happened, and that you were the real problem, calling you a liar and a troublemaker? What if, instead, you were actually the abuse victim yourself, in the above scenario? What if you were called such a lying trouble-maker by the highest-ranking person in the church?

In January 2018, when the news broke about the horrible sexual abuse scandal Chile, the pope did exactly that! See the article:

ROME — The first thing Pope Francis said, when he met privately on Sunday with Juan Carlos Cruz, a victim of sexual abuse, was: “Juan Carlos, I want to say sorry for what happened to you, as the pope and also for the universal church.”

The second thing he said, Mr. Cruz recounted on Wednesday, was, “I was part of the problem, and that’s why I am saying sorry.”

“To me, that was very telling,” Mr. Cruz said. The pope, he said, “had called me a liar, and he apologized for that.”

Mr. Cruz joined James Hamilton and José Andrés Murillo, also victims in their youth of a notorious Chilean pedophile priest, at a new conference in Rome on Wednesday to discuss their intense and emotional sojourn this past week as guests of the pope in the Vatican.

But even as the three men expressed gratitude for the meeting — “I have never seen anyone so contrite,” Mr. Cruz said of Francis — they urged the pope to transform “his loving words” of apology into “exemplary actions” to end sexual abuse and its cover-up in the Roman Catholic Church.

“Otherwise, all this will be in vain,” they said in a joint statement that described clerical sexual abuse as “an epidemic that has destroyed thousands of lives.” They said they hoped to speak on behalf of abuse victims around the world.

Critics of Francis say the pope has a spotty record on abuse. He is big on pronouncements, they say, but weak on follow-through.

In 2011, a Vatican tribunal found the Rev. Fernando Karadima, once one of Chile’s best-known spiritual leaders, guilty of sexually abusing minors and sentenced him to a life of prayer and penitence.

But victims of Father Karadima say the Chilean church and the Vatican were slow to act in the case of clerics who they say witnessed and covered up years of abuse by Father Karadima and others. Pope Francis, for example, vehemently defended Bishop Juan Barros, who victims placed at the scene of Father Karadima’s abuses, and in January accused his critics of “calumny.”

All that changed after the pope received a 2,300 page report on the Chilean situation. In a letter, Pope Francis admitted last month that he had made “grave errors” in the handling of the sexual abuse crisis in Chile, and he publicly apologized.

He also invited Mr. Cruz, Mr. Hamilton and Mr. Murillo to stay at the hotel inside Vatican City so that he could speak with them individually, and ask for forgiveness. The three men have been among the most outspoken victims of Father Karadima, who counted bishops and priests among his disciples.

“For almost 10 years we have been treated as enemies because we fight against sexual abuse and cover-up in the church,” the three men said in a statement on Wednesday. “These days we met the friendly face of the church, completely different from the one we had seen before.”

Mr. Cruz said he believed Francis had been misinformed about Bishop Barros’ case. “The question is,” he said, “who badly informed the pope?”

Mr. Cruz said he had not pressed the pope on “what he knew and what he didn’t know.” But, he said, he named clerics who knew “that Karadima touched and abused minors,” and he told Francis about “the toxicity” of Chilean churchmen who had “duped” the pope.

“We spoke in great detail and pain,” Mr. Cruz said, “and it was very raw. And the pope was receptive.”

While the three men said they had not made specific demands of Francis — “we are not ones to give ultimatums to the pope,” Mr. Cruz said — they were clear that the ball was very much in the pope’s court.

“Our only triumph is having said to the head of the church, the pope, that there is a crisis, and that something concrete must be done,” Mr. Murillo said. The church, he said, “must return to being a champion of the abused, not a refuge for abusers.”

Mr. Hamilton said the “real truth” about who had known what in Chile would probably never emerge. But he said that the pope was now “really well-informed,” and that he was willing to give him the benefit of the doubt and wait for change.

He was heartened, he said, when the pope told him “there is no turning back on this road now.”

Later this month Pope Francis will meet with the Chilean bishops’ conference in Rome.

“We need concrete actions,” Mr. Murillo said. “That is what I am waiting for.”

But everything exposed by the light becomes visible”—Ephesians 5:13 NIV

These things have been going on since the beginning of the Catholic Church, but are now being exposed more than ever!