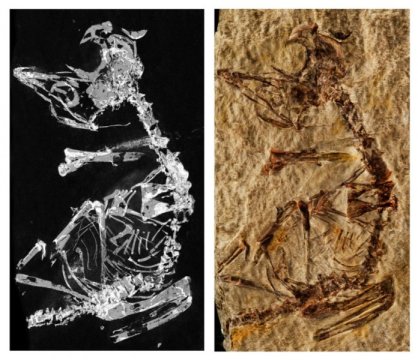 Once again, evolutionists are having to revise their story, after this newly analyzed ‘early baby bird’ fossil was analyzed in greater detail recently, using the latest state-of-the-art technology. It is very interesting that they admit “this particular group of avians may have been more diverse than previously thought”. Also, one of the study’s co-authors added: “It is amazing to realize how many of the features we see among living birds had already been developed more than 100 million years ago”.

Well, duh! “Since they have rejected the word of the LORD, what kind of wisdom do they have?” (Jer 8:7 NIV). All they have is “the wisdom of the world”, which “God has made foolish” (1 Cor 1:20 NIV)—and that is even by evolutionary scientists’ own discoveries! If they would only accept the Bible “as it actually is, the word of God”, they would know better. The Bible accurately reports that “God created . . . every winged bird according to its kind” (Gen 1:21 NIV). That is, they were created from the start as fully developed, complex creatures, just as much so as modern birds are.