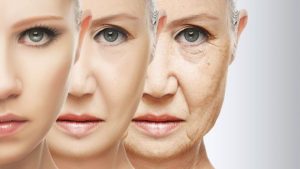 The Bible’s veracity or truth is confirmed again by Modern science in a recent article published on BBC, entitled: “Limit to human life may be 115 (ish).”

While we certainly don’t want to be dogmatic, since Genesis 6:3 could mean God was saying that he would flood the earth in 120 years from that point in time, the Bible and science and history combine to point out this recently discovered truth.

A look at the lifetimes of people in Genesis 5 tells us people were commonly living 700,800 and 900+ years prior to the flood (yes, these were literal solar years, like ours today). The demarcation point is the global flood, where God sets of new limit, saying:

The lifetimes after the flood begin to reduce dramatically as can be seen from the listing in Genesis 11. There is a rapid decline from 600 years (vs 10, 11).

Lifespans continue to fall as can be seen from:

Amazingly, this is the same as it is today in fact, living beyond 100 is relatively rare, as borne out by the fact that the few who do our celebrated. As the article points out, 115(ish) is the upper limit of human existence, the same as it was 3,500 years ago in Moses time! Human life today is limited to a maximum of exactly what God said it would be 4,400 years ago in Genesis 6:3! People who doubted the Bible would be wise to consider how the Bible is verified true every day by scientific, historical and archaeological discoveries.